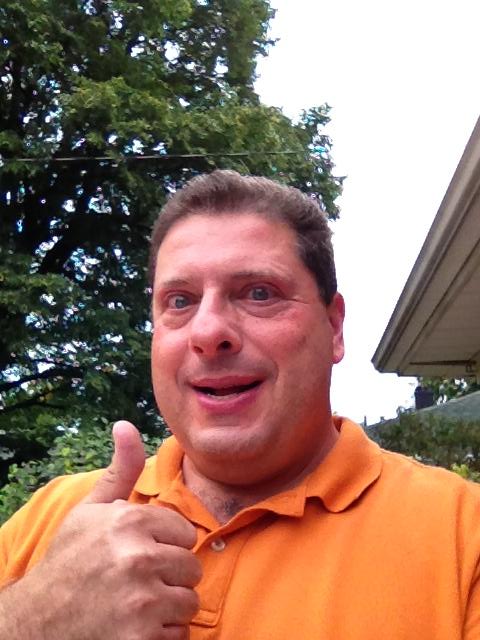 I received my 15 year service pin from the City of Dayton yesterday, which sparked some reflection. When I started film school at Wright State back in 1989, I never envisioned working at a cable access center. I honestly thought I would move to LA and pursue the “family business.” However, eight years, a degree and a couple of trips to California later, I realized I didn’t like LA. I was 30 years old, married and pretty content with life in my mid-sized mid-west town.
After college I spent five and a half years working for ThinkTV, the local PBS affiliate, and left after a disastrous hire left me with a complete idiot for a boss. I spent a year looking for work, and wondered if I even wanted to continue in TV. One day Julia Reichert posted that there was an intern position open at the City and I said, “What the hell, I’ve got nothing to lose here.” I applied, was accepted and three months later was hired as full-time employee.

When I started working here there were three full time employees, a part-timer, and four interns. We slowly lost the interns, and then attrition and budget cuts reduced the staff to three. For the last five years it was just me and my supervisor. My supervisor’s job was eliminated, and I’ve been a one man band for a month now. While I’m very grateful to still have a job, it feels weird to be the last man standing. Access centers across the country have been taking a beating, so I’m not alone in this, but it is sad to see the voices of public, educational and government access being slowly silenced.

It’s been an interesting journey. I’ve met a lot of cool people, poked my nose into every corner of municipal operations, and hopefully made local government more transparent and accessible for the average resident. As far as TV jobs go, this is a dream. Regular hours, great benefits and a nice retirement plan. I’ll gladly do it for another 15 years if they’ll have me.