The Old Man and the Gun​ To Film Downtown Dayton 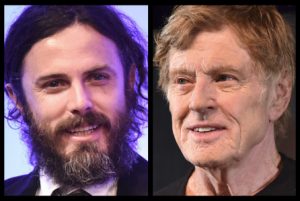 Hollywood is coming to Dayton on May 1st & 2nd to film a movie starring Robert Redford and Casey Affleck. The movie production crew will be filming at the Liberty Savings Bank on 2nd Street, which will be closed between Ludlow St and Wilkinson starting at 6:30am on that Monday.   2nd Street from Main to Ludlow will be closed again at 7pm on Monday, May 1, through Tuesday, May 2nd at  7pm. The film company will have vehicles, boom lifts & lights parked on 2nd Street during these two days.

While the road closures will be a minor inconvenience, the economic impact of having a film of this size in the city will be felt by many businesses. The film has already contracted with or done business with the following business:

Pete Nichols, Vice President with Colliers International, who is the real estate agent for several of these properties says, “It’s a great event for the city of Dayton, and we’re doing everything we can to help. ”

Film also means jobs and the following Montgomery County residents have already been hired to work on the film: 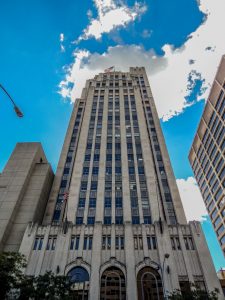 Dayton began scouting in January to help find locations for the film, with assistance from the Downtown Dayton Partnership’s Hope Collins, local realtors and building owners. Based on descriptions provided by the movies Location Manager, FilmDayton submitted a half dozen downtown banks and office buildings for consideration.  Ultimately is was the look of the Liberty Tower that won over the production team to bring filming to Dayton.

Liberty Tower is a historic Art Deco building located on West Second Street. The Tower, which opened in 1931 and is listed on the National Register of Historic Places, was the first high rise structure in the city of Dayton, and remained the tallest until 1969. Liberty Savings Bank, the current owner of the building, undertook a major restoration project in 1998 to showcase original elements throughout the building and the first floor lobby. This Grand Lobby boasts 30 foot ceilings, stunning marble tile work, and many original fixtures-including a remarkable walk-in bank vault. 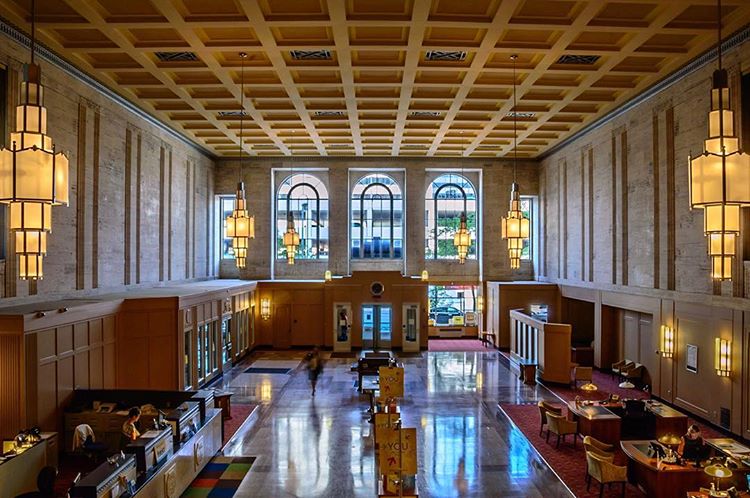 Our thanks to Jenna Kreitzer, Facilities Coordinator at Liberty Savings Bank for making this possible and Keith Klein at the City of Dayton for helping coordinate as well.